This view from a client’s apartment, recently brought to my attention an amazing old building on Roosevelt Island. 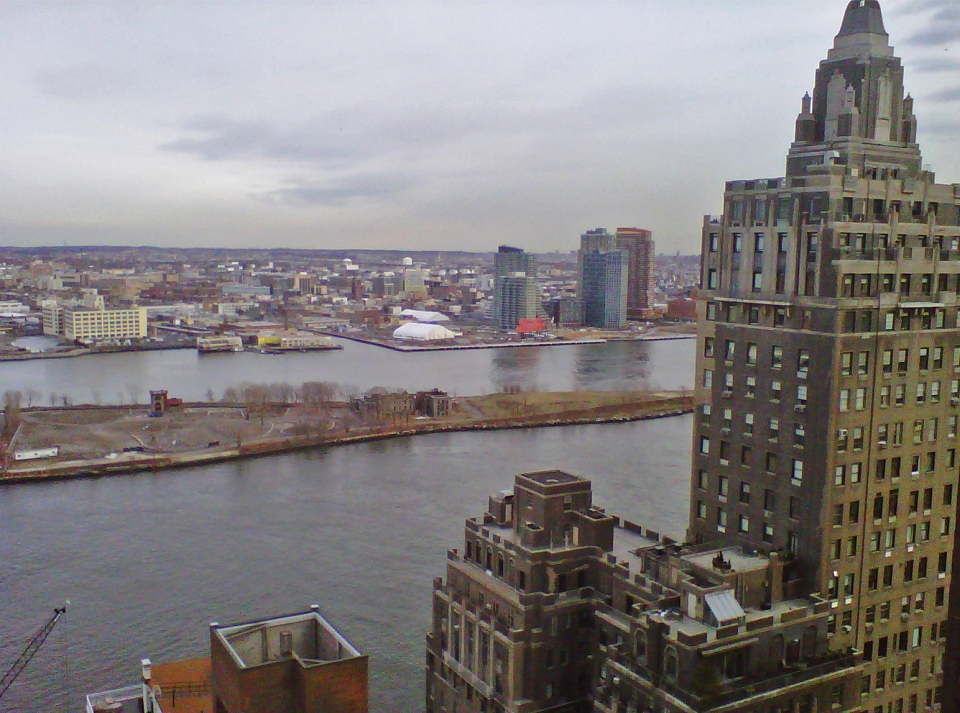 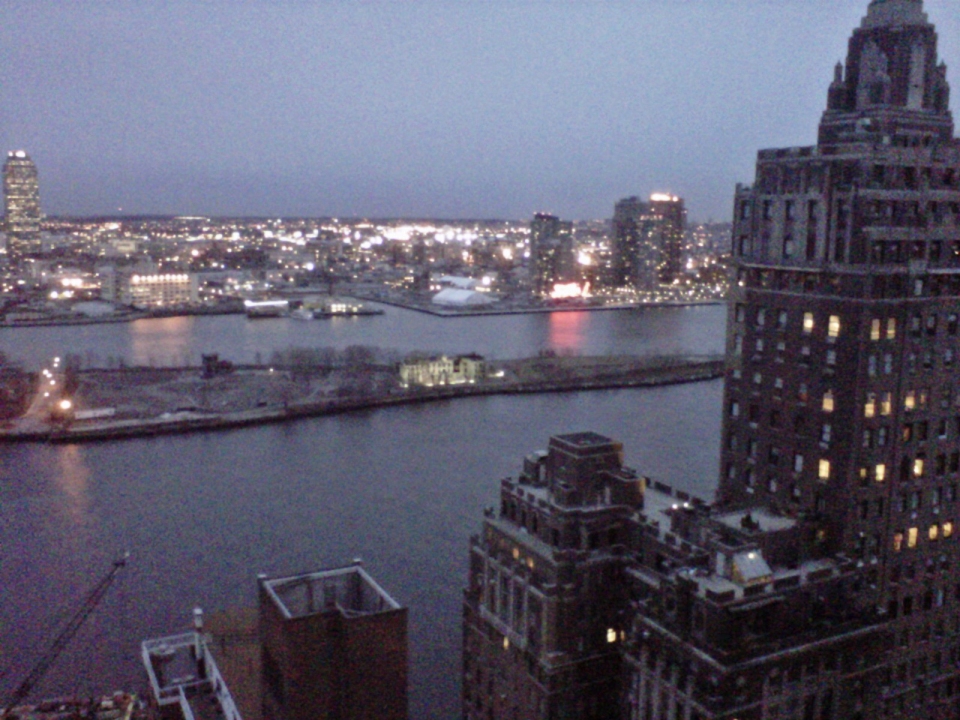 After some quick research I learned the following history about this former smallpox hospital:

“The original Smallpox Hospital – without the north and south wings which are later additions — was built in 1854-56 and designed by James Renwick, Jr. It was first opened for public inspection on December 18, 1856. When the old buildings were destroyed by fire, patients had to be transferred to the new hospital which was not yet completely ready. Nevertheless, the Resident Physician, William Sanger, reported that the new building was “admirable,” and opinion also voiced by the professional staff during the following years. The Smallpox Hospital accommodated one hundred patients with charity cases in wards on the lower floors and a series of private rooms a the upper stories for paying patients. In 1875 the Board of Health assumed control of the Smallpox Hospital which had previously been administered by the Commission of Charities and Correction and was converted to a Home for the Nurses and the Maternity and Charity Hospital Training School. This school, established in 1875, was associated with Charity Hospital (later City Hospital), located just north of the Smallpox Hospital. As the training program expanded, a residence for the student nurses became necessary. The Smallpox Hospital became available for this purpose after a new hospital for the treatment of smallpox and other contagious diseases was built on North Brothers Island. this also had the effect of reducing the danger of the spread of the disease to the Blackwell’s (Roosevelt) Island population, which by the end of the century numbered some seven thousand.

The Island was renamed Welfare Island in 1921, a reflection of the general nature of its use. In the course of the 20th century many of the institutional buildings there became inadequate and obsolete, among them the City Hospital, which in the 1950s was relocated to new buildings in Queens. Both the main hospital building and the former Smallpox Hospital were abandoned. The Smallpox Hospital fell into disrepair and its deterioration continued at an ever accelerating pace. In the late 1960s, despite its condition, it was included in a list of buildings on the island considered worthy of preservation by the Landmarks Preservation Commission and the noted architectural historian, Henry-Russell Hitchcock. The New York State Urban Development Corporation undertook certain measures to reinforce the walls of the structure under the direction of the prominent New York architect, Giorgio Cavaglieri; however the building remains an uninhabitable ruin with all the romance which any great work of architecture retains as long as its general outlines can be discerned, evoking memories of its past.” (-http://www.rihs.us/landmarks/renwick.html) 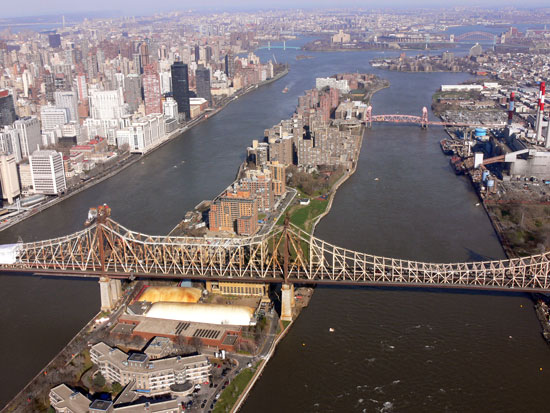 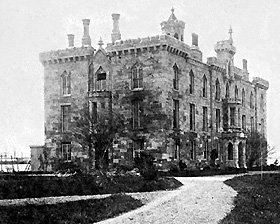 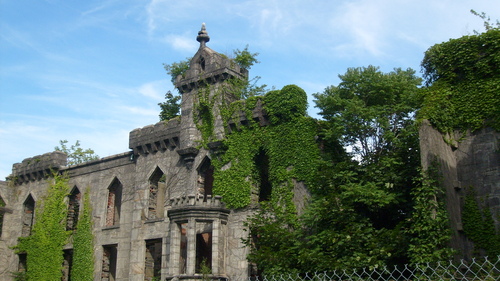 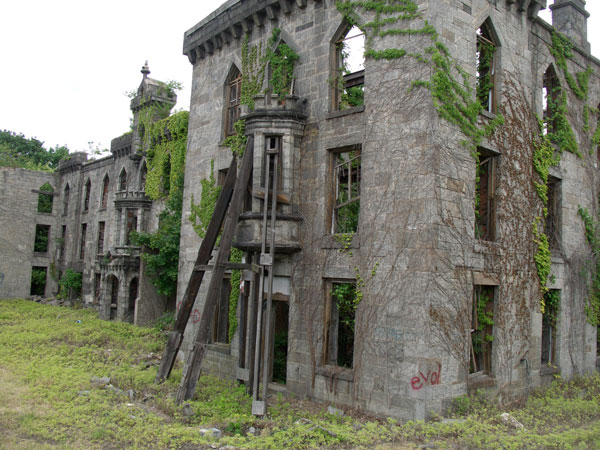 Park Construction on the southern tip of Roosevelt Island, including the Smallpox Hospital. The new Four Freedoms Park is open! 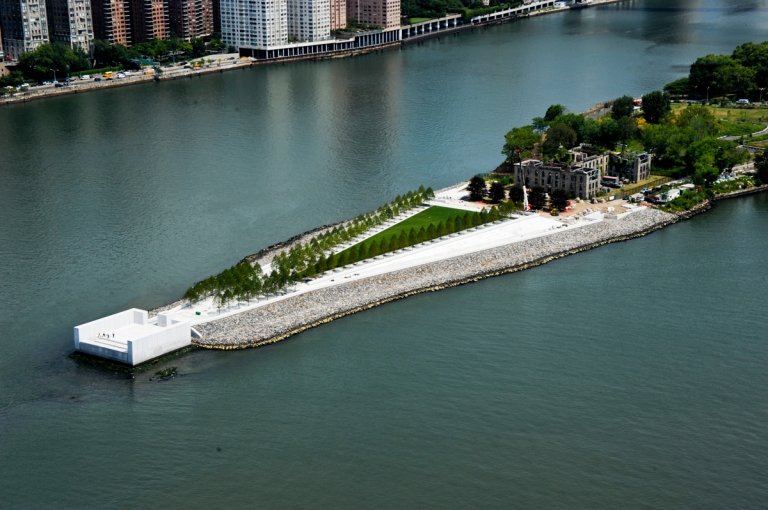 “FDR Four Freedoms Park, to be completed nearly 40 years after architect Louis I. Kahn initially designed it, is bound to elicit strong, discordant opinions particularly because the architectural style is somewhat foreign to New York City. Its white marble blocks, strong linear lines and imposition on the natural landscape contrast sharply with neoclassical monuments like Grant’s Tomb or the hallowed voids of the 9/11 Memorial, but new forms are certainly welcome as our city is increasingly filled with blue glass boxes even at sites as important as the World Trade Center.” –UntappedCities.com 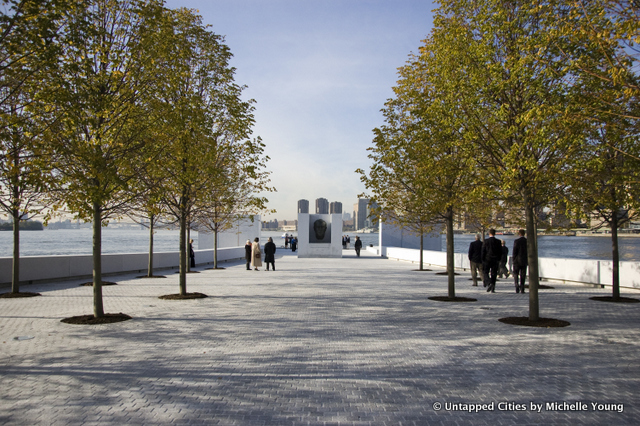 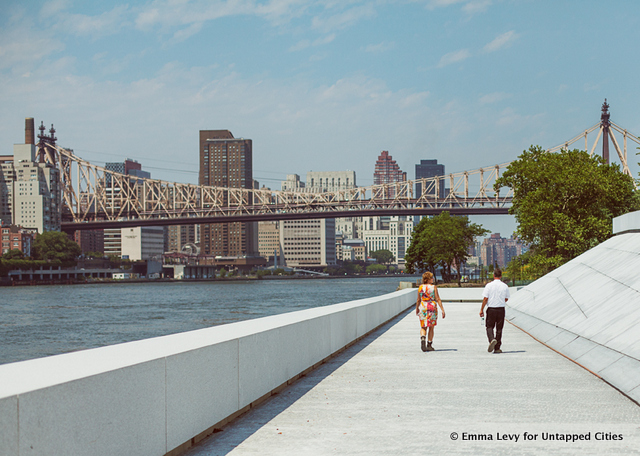 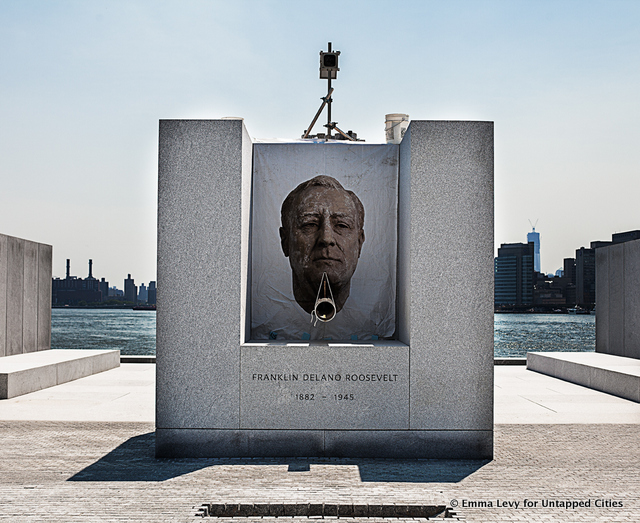 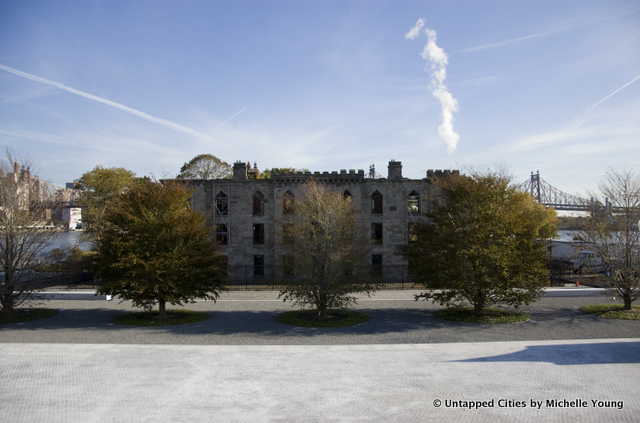 The Smallpox Hospital hasn’t been converted into anything, yet, but it was cleaned up, secured and preserved:

“The most exciting news was perhaps the work being done on the Smallpox Hospital which the Four Freedoms Park organization hopes can serve as the visitor’s center. As a landmarked ruin, the city’s only one, there aren’t very defined rules on what can be done with it. In the last stabilization of the building, pieces were removed but the engineers are hopeful for its adaptive reuse after the investigatory work done last week.“-UntappedCities.com 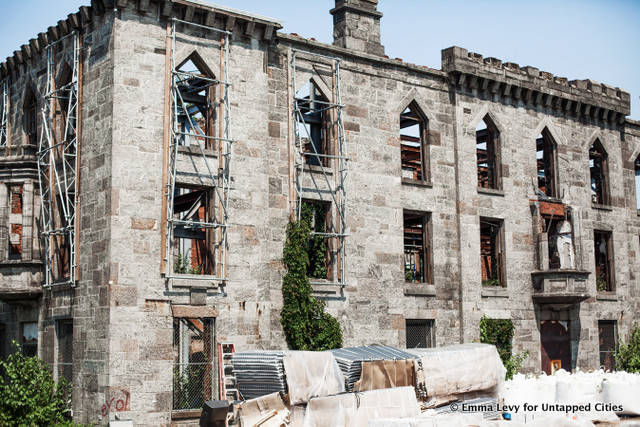